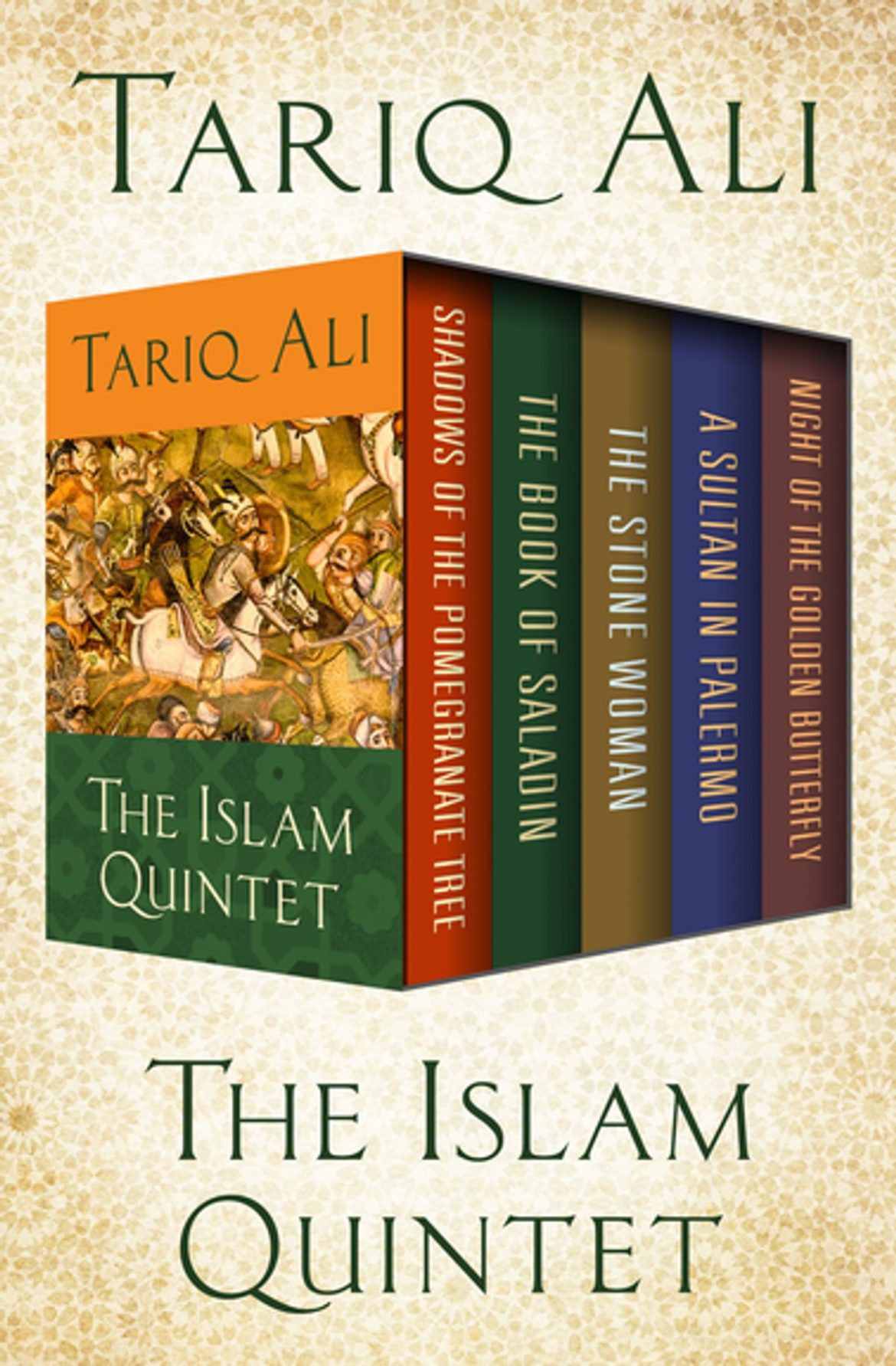 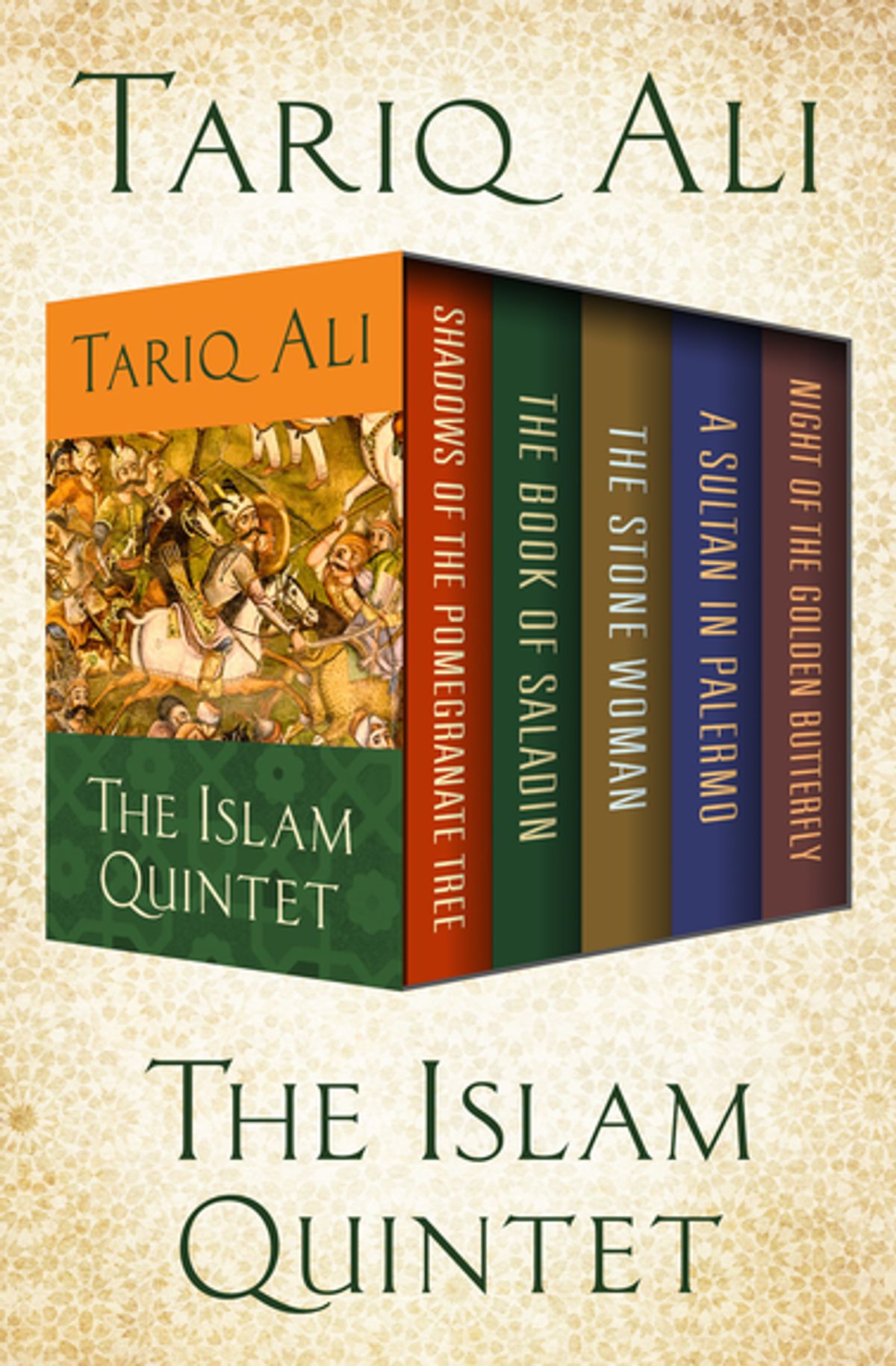 The Islam Quintet: Shadows of the Pomegranate Tree, The Book of Saladin, The Stone Woman, A Sultan in Palermo, and Night of the Golden Butterfly

Celebrated British-Pakistani journalist and author Tariq Ali takes a mind-expanding journey through the ages with these five acclaimed works of fiction, available now in one collection.

Shadows of the Pomegranate Tree: “Ali captures the humanity and splendor of Muslim Spain” in “an enthralling story, unraveled with thrift and verve” (The Independent). For the doomed Moors, the fall of Granada and the approaching forces of Christendom bring not peace but the sword.

The Book of Saladin: After Saladin reclaims the holy city of Jerusalem from the Crusaders, he turns to a Jewish scribe to record his story, which Edward Said calls “a narrative for our time, haunted by distant events and characters who are closer to us than we had dreamed.”

The Stone Woman: “Ali paints a vivid picture of a fading world,” proclaims the New York Times Book Review, as a distant descendant of an exiled Ottoman courtier suffers a stroke in Istanbul, and his family rushes to his side to hear his last stories.

A Sultan in Palermo: In “a marvelously paced and boisterously told novel of intrigue, love, insurrection and manipulation,” cartographer Muhammad al-Idrisi is caught between his friendship with King Roger of Sicily and the resentments of his fellow Muslims (The Guardian).

Night of the Golden Butterfly: A Lahore-born writer living in London is called back to his homeland by an old friend who, at seventy-five, has finally fallen in love. “If Pakistan is a land of untold stories,” writes the New Statesman, Ali is “the country’s finest historian and critic.” 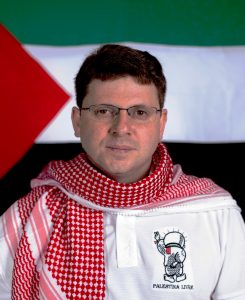 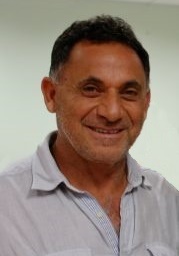 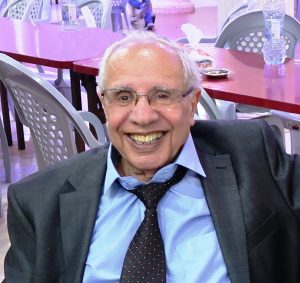